Another week, another stack of chips. This week’s chips look like this: 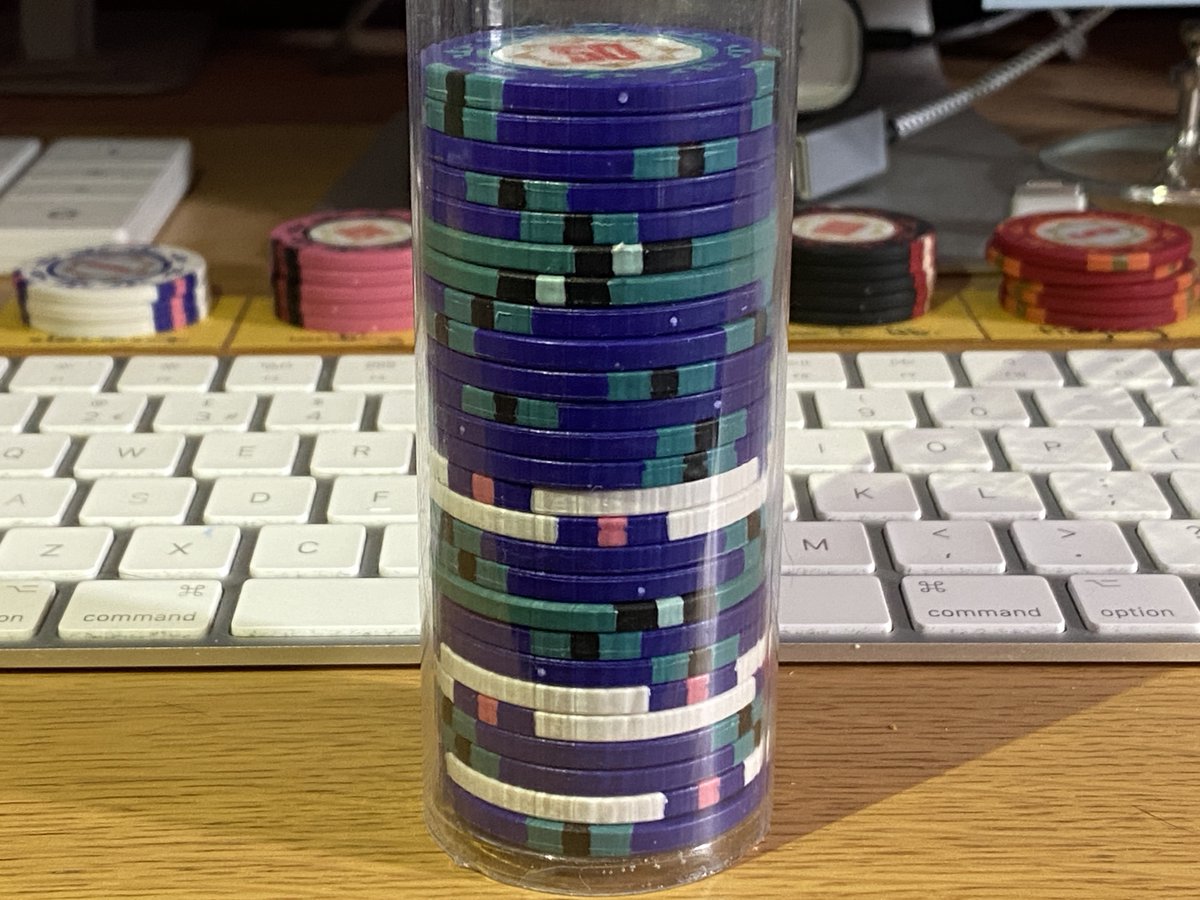 I spent the start of the week working on integrating Sectile templating into flourish, and implementing a “recipe” page to help debug that.

This may be of interest to a handful of people with old Yahoo experience, but would be massively confusing to anyone else. Not helped by a complete lack of documentation, because right now I just can’t be bothered to write it.

But I want to use it and since to the best of my knowledge I am the only person using flourish, this isn’t a problem.

Eventually I’ll write some docs but that’s something I really have to be in the mood for. And this week I was not in that mood.

As can be seen in the stripe of white chips in the middle of the week I had a lie-in on Wednesday and did some general houseworky stuff instead to clear my brain. Then spent the rest of Wednesday switching my site to use Sectile.

Thursday I cleaned up and committed the changes to flourish having found any bugs by converting my site. Then spent the afternoon reading because I couldn’t code any more. Some of that reading was prep for today though; I was researching how to make GIFs using FFmpeg.

A while ago I made a GIFs site. Originally in Hugo, to learn that. Later converted to flourish as a second test case. But the gifs themselves were made with Gif Brewery. It’s a great program for casual GIF making but not for bulk.

Plus everything is a little too manual. Even if you save the state, changing fonts means essentially starting from scratch. That, times every GIF? Nope.

So now I have a script to make a GIF from a config file. And that config file will double as the source definition for a page in flourish. So making and publishing the GIF in one.

And to celebrate I remade one of my favourite GIFs and the whole reason I got into making them in the first place (because no-one else had and it’s just the best Invader Zim line). Ta-da!