Another week, another stack of chips. This week was pretty dismal: 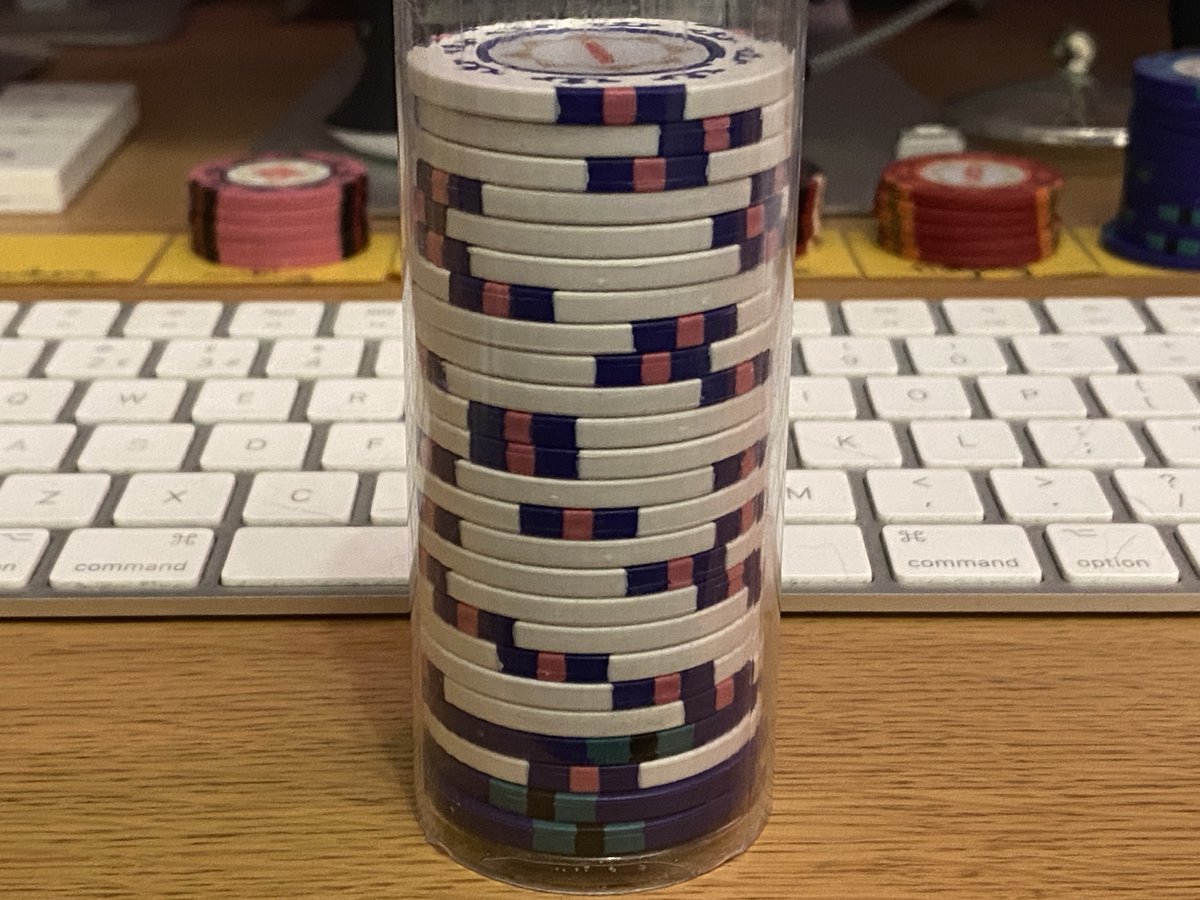 I started the week feeling a bit headachey, and thinking “take some paracetamol, you’ll be fine”. I had no idea. Tuesday I felt worse. Wednesday awful. Thursday the headache went away but was replaced with about the worst vertigo I’ve ever had.

Normally, it’s like being a bit dizzy, after you’ve just spun on the spot three times. This was constant disorientation and nausea, and with the added complication of having to keep my head dead centre upright or the room started spinning.

Not casual spinning, but a full rotation of the room within two seconds. 30rpm. I literally fell out of bed Thursday morning just by trying to sit up. I slept half the day just to avoid the nausea.

Friday the same, but with more freedom of movement before the spinning kicked in. Only now am I starting to feel okay again.

So. A lot of white chips and not much progress beyond occasionally making a new gif for my GIFs site.