Recently I’ve been coding again. And it’s been quite gratifying after months of just not feeling it. But also sometimes I find myself just sitting and staring, or going FUUUUUCK and reading comics or watching tv instead. After all, nobody’s expecting anything from me (well, apart from the cats) and I have to take care of myself, first order of business is survival.

Nonetheless, having some energy to spend on long stalled personal projects is nice while I still have all the time on my hands. But with the only real marker of time passing being the two days when my wife isn’t sat in front of her computer all day, I have been feeling a little … disconnected from time.

I needed a way to measure both the passing of the week, and wanted some way to know what I’d been up to. It might feel like I’ve been sat in front of the iMac for five days but also I’m sure I spent a day just playing Cities Skylines? And I was sleeping too?

So I’ve divided the days of the week into five hour-fifteen-ish slots, with breaks in between. 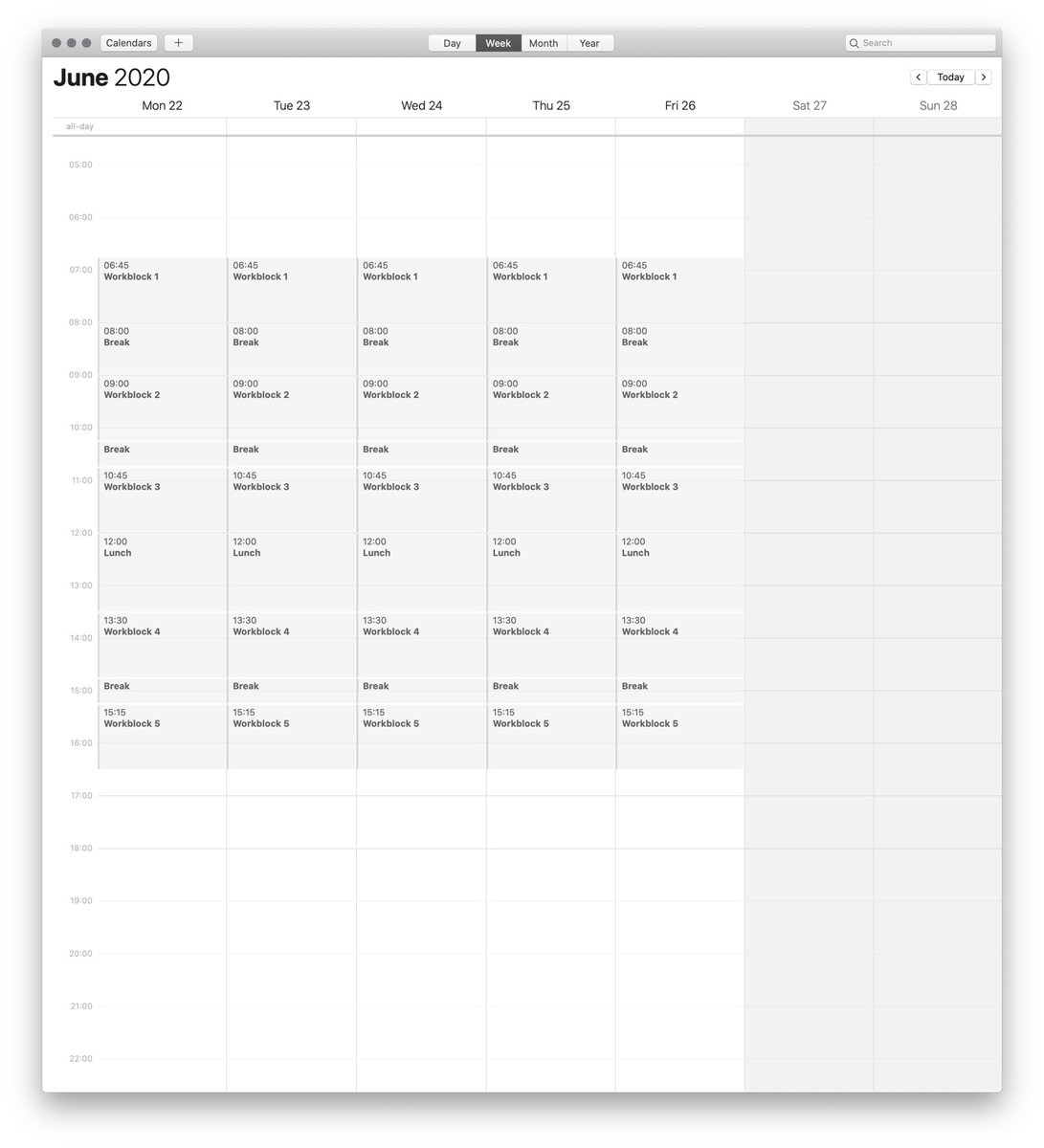 The idea being that as each slot comes to an end I make a note of what I was doing. And then I can visualise that at the end of the week to see how my week has been.

But I have to be mindful that I shouldn’t spend too much time on that part or it’ll become a burden, I’ll abandon the idea and I will have learned nothing. And still feel floaty.

My solution was to use a simple marker to summarise what I was doing. Not a detailed log, just a single summary of “coding” or “reading”. Even if it’s not 100% true, it’ll do.

Here are my markers. 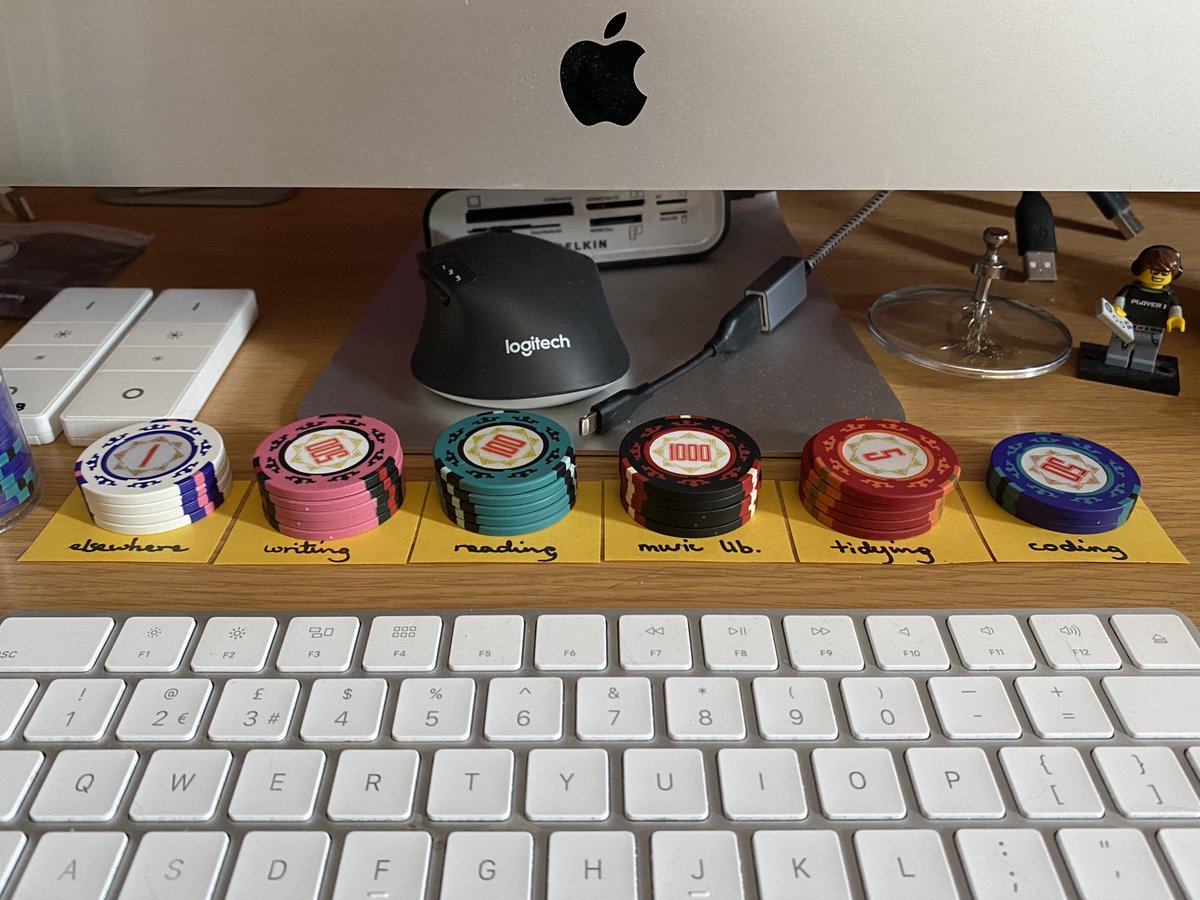 And here’s how my week went. 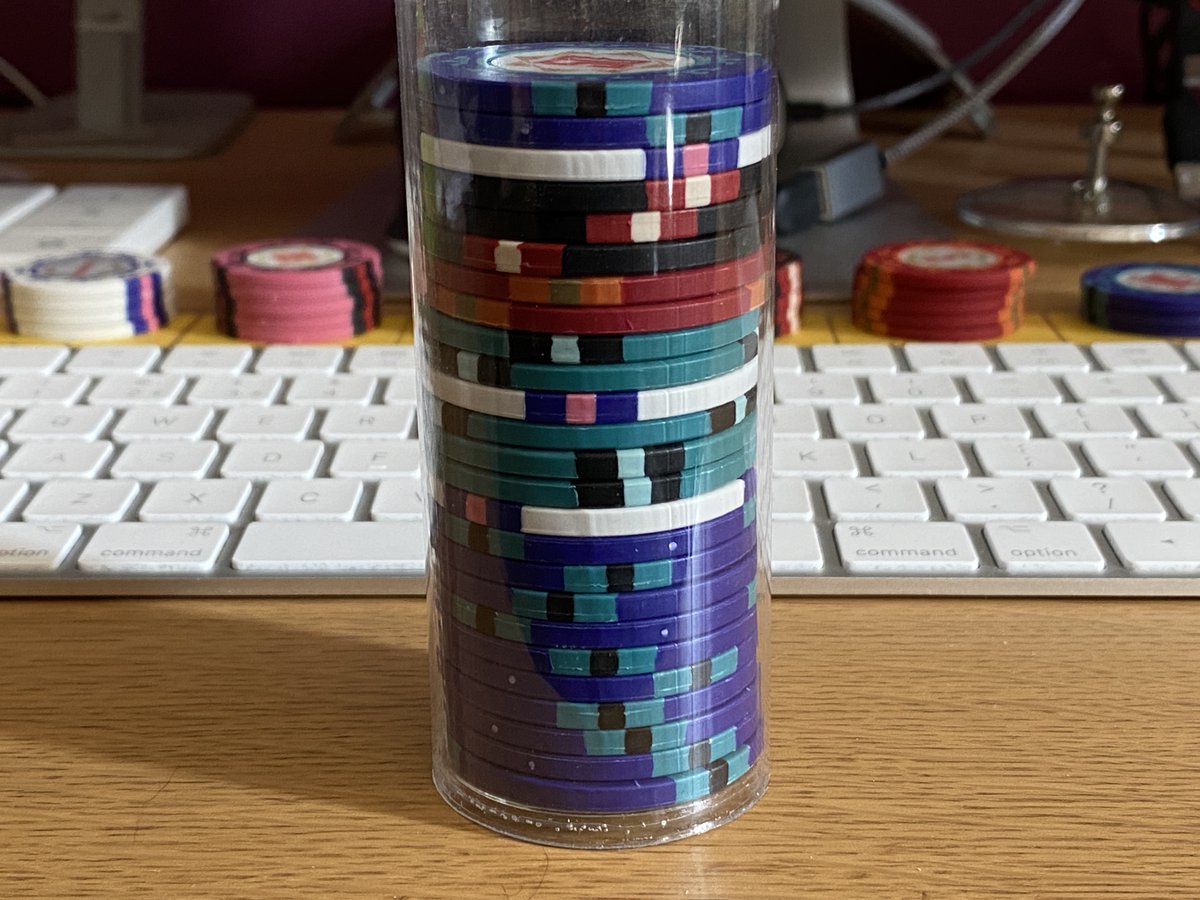 Two days of furious coding, released a new version of flourish. Took a day off to read a bunch of comics and not be in front of a computer. Did some more reading, some furious tidying, then some work towards organising my music collection.

And today sketched a bit at my whiteboard, and started pulling in my last.fm history to integrate with both my website and my music library.