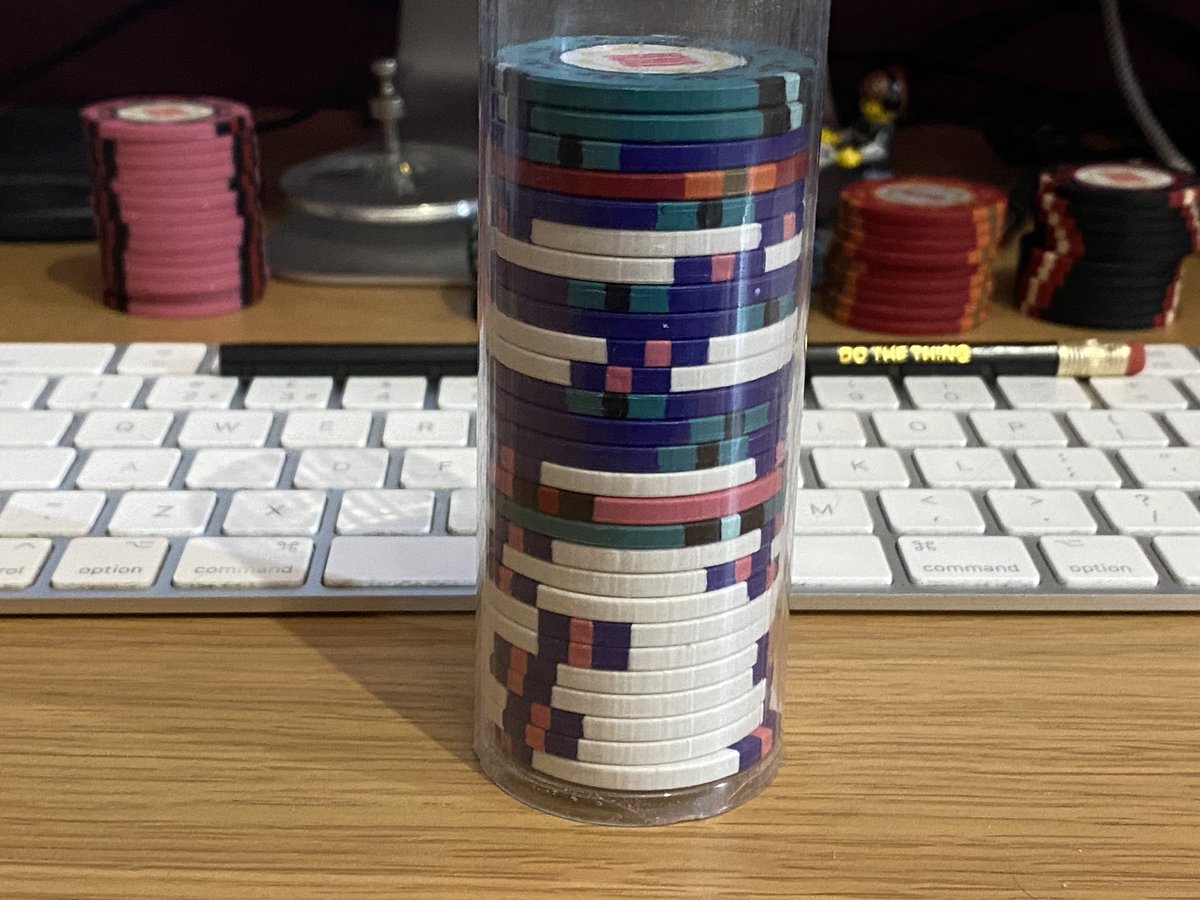 The week started with a continuation of the not-getting-much-done from the previous weeks. I would sit in front of the computer, and then a whole world of #nope would descend over me. I couldn't even bring myself to write and publish the weeknotes on Monday.

Something clicked inside me on the Wednesday morning though (and boy, do I wish I knew what/how so I could harness that for next time I'm in a funk). I wrote up the weeknotes, and started working away.

As the top of the stack of chips will show, though, it was still a quieter week for activity. Amongst the coding are still stripes of #nope where I would just sit and stare. Or watch YouTube. Or play games. Still, a little is better than nothing.

By the end of the week I had hasworn in a position where I could push code to GitHub and it would build a Docker image, deploy it, and restart the new application without a service interruption. I'll continue improving that next week.

My other goal was to get back into the habit of making and publishing gaming videos. Whilst I had been playing games, they weren't Assassin's Creed, they were only for my own fun. I can't seem to get myself back into the right space yet.