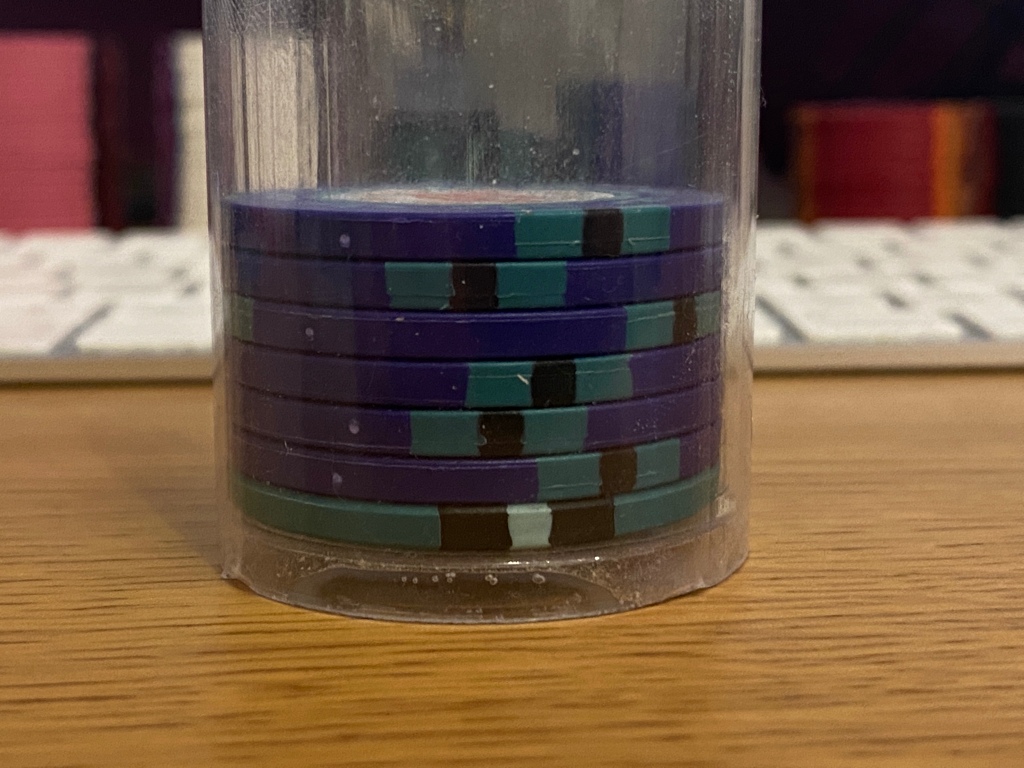 At the start of the week, I wrote down three goals:

I started the week with a little housekeeping on the site, publishing the sad weeknote summary of the past month, then fixing a couple of tiny bugs in the site. The automatic updates had stopped because of a new major version of tweepy came out, and I hadn't pinned the version, and I realised the “quick” publish part of the site generation workflow wasn't generating all the pages it could due to me getting a naming convention wrong.

My goals were probably a little ambitious, but I did at least do one. I spent an hour each morning on a handful of small updates to hasworn:

And over the weekend I finished something I'd been noodling at on and off for a couple of months, an animation of my most-worn tshirts across the lifetime of my data.

Although, having said all that I know that my actual most worn tshirt is actually Hard core pawn which I wore a lot in the 90s and 00s, before records began. I had far fewer tshirts to choose from, and it definitely got worn every two or three weeks. Look at the fraying and holes around the neck, that tshirt Has. Been. Worn.