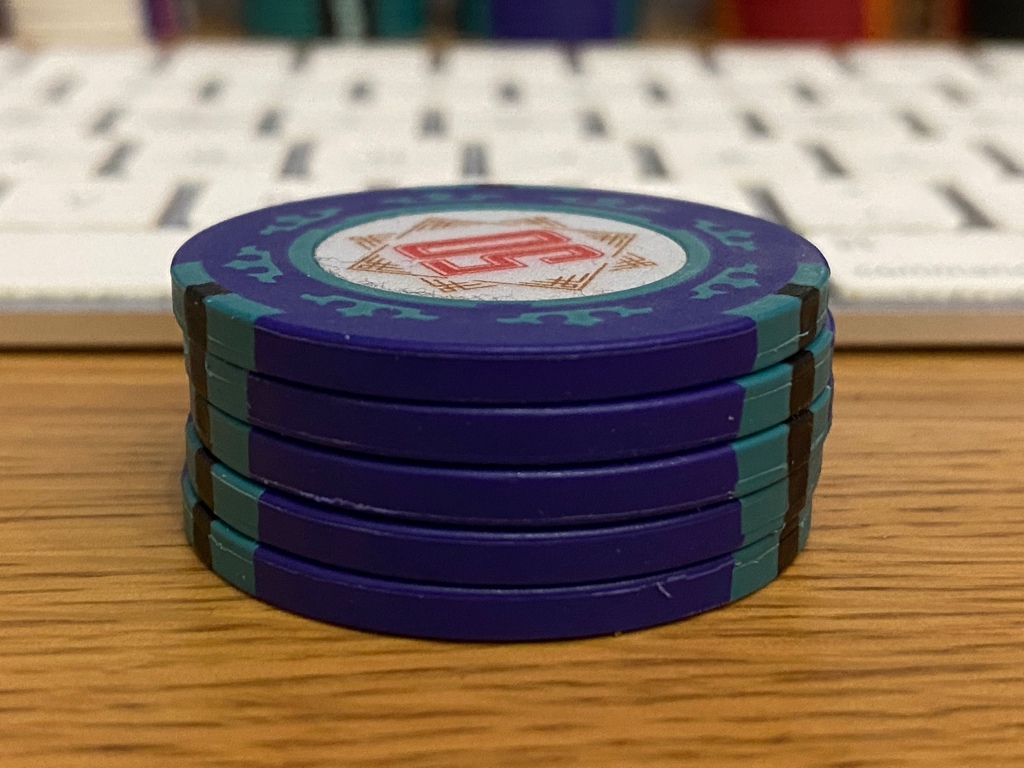 At the start of the week, I wrote down three goals:

A quiet week with only a few small bits of progress, and a lot of nausea caused by new glasses.

I started the week by finishing up and committing a couple of bits I had already started last week for that week's goal of improving hasworn — I added more description to the Atom feed, and included the number of times worn in the calendar feed. I changed the logic around average days between wearings to consistently choose five days as the minimum threshold before using it, included a summary of the newest shirts in the homepage, and linked the homepage summaries to their relevant all tshirts page.

Tuesday I fixed some bugs in this site, that importing from my GIFs site when two GIFs on the same day had the same title, one would override the other, and the presentation of the latest entries on the weeknotes summary page was not great at narrow widths.

I also pulled a note I had left myself and then accidentally committed to the Galaxy Quest GIFs summary page. Given the file is Markdown, that was one big todo I left lying around.

I then spent the rest of the week's mornings working on two things. First, adding the prescriptions I get from the optician as I find it interesting how it changes over time. And second, doing some more work on the script to automatically crop and blanch a whiteboard diagram (as first seen in my recent post on hasworn's static pages), to include cropping using fiducial markers. Over the weekend I started to write some tests so I can publish it as a standalone script. Expect to see that appear on GitHub in the next couple of weeks.